City living can be tough on the best of us, but Montreal city living is something else entirely. Journey with us as we explore the random, unique and sometimes infuriating specimen that is our City of Montreal, but do not worry- we have a much less irritating major, so all is not lost.

1- STM: Anyone who has EVER used our public transportation, will tell you that we LOVE to hate on our STM, which stands for “Societe de Transport de Montreal”, otherwise known as the Montreal Transportation Society/Organisation…ect. We only have one group, so we really don’t have much of a choice to be fair. Residing in higher “traffic” areas such as downtown Montreal and surrounding areas, you are pretty covered, for “quality” and frequency at which the buses arrive. We were even recently blessed with mind blowing technology, allowing you to track the buses in REAL time (FINALLY!). Yup…I know you’re jealous. To top that off, we recently received new, eco-friendly, “green” buses, so we’re trying in regards to having green thumbs.

2- Potholes potholes, potholes!!: Do you like PacMan? Well Montreal is the city for you! No really, we care about keeping our love for video games alive, that we do a shotty job of ensuring the roads are smooth, just so that drivers can dodge and weave around them! Besides, why would you need to have working shocks and suspensions in your car anyways- it’s totally overrated. The speed at which potholes appear on our roads is legendary, just last week I could promise I went home and the very next morning, there were craters on the streets, ones that I can guarantee were not there the day before. Spring time is the absolute worse for driving, as all the excess water from the snow, eats away at the roads, leaving us with roads as smooth as the moon’s surface.

3- Language Police: I’m sure you believe we’re being comical, but TRUST us, we got’s popos for our “unique” language- French. For fear of it’s complete and utter disappearance, we have an organisation whose sole purpose is to investigate language offences (no we don’t mean spelling mistakes). Dramatic, as we have so much free time, we can dedicate specifically to one language, what other city or province can boast about such attention to detail? The buzz over the majority language has dropped marginally by the fact that dear Pauline Marois hasn’t been in power for some time and her party has been in general disarray since; but the fact remains that on the most recent census, more people put French down as their 2nd language rather than their 1st, meaning we now have to panic. Omitting the fact that more people are actually SPEAKING French, the ORDER in which they identify as their mother tongue has caused our government to sweat, thus cranking up the pressure on enforcing (shoving) the French language to be spoken more widely. (insert eye roll here) In all seriousness, is English really all that threatening that the French language can disappear from a city of over 1,704,694 people!? (hehe yes we’re very popular 😉 ).

4- FOOD: I truly believe that Montreal is a food-lover’s dream. We have some of the most unique, vibrant, quirky restaurants all over the island- no matter the style of food, no matter the type of food, Montreal has you covered. No lie. Sometimes, living in the West Island can feel like we are forgotten in the world of gastronomy, but I have to say that in recent years, there has been an influx of new and fresh restaurants which replicate the DT feel, but you don’t have to travel the distance. Some of RnR favourites include:

Kampaii Garden (www.kampaiigarden.com)- Food heaven is a place and it’s THIS restaurant, no joke. From the atmosphere, to the super friendly waiting staff, to the FOOD! Hello, I was legitimately speechless and ran out of adjectives to describe just how fantastic this restaurant is. Negatives? If you have food allergies, it may be difficult for them to guarantee no cross-contamination, so it’s a risk you would be taking…but a risk worth taking!! Plus, R1 had the BEST. DATE. EVER (shoutout to Caro! 😉 ).

Avocado Sushi (www.avocadosushi.ca) – Nestled (literally), in quaint Pointe-Claire village, this adorable yet chic restaurant is so cool and fresh. I’m sure when you think of sushi, a hip DT spot comes to mind, but this place is totally worth a visit- their sushi is to die for. I had a small miso soup, which was just the right balance in flavours and was exactly what I needed to warm me up on such a ridiculously cold day (-15?!!?) and it set the tone for the delicious sushi that followed. You can choose from a set menu, a chef’s choice or a la carte, but honestly- you WILL enjoy everything. Negatives? It’s not a huge restaurant, so the volume can be somewhat overwhelming and make it somewhat hard for conversation, but it still managed to feel cozy, so not entirely bad.

Le Poke Bowl (http://lepokebar.com/)- Fresh, delicious and beautiful to not only eat, but to look, this cute and quaint little resto is so very trendy! Filled with tons of choices and variations, it would take a very long time to exhaust their menu, to say I fully recommend this is an understatement. Devastatingly, their website is under construction at the moment, so you cannot feast your eyes on the beauty that is their food, but you can check out their Instagram (https://www.instagram.com/lepokebar/), and drool over your phone screens. 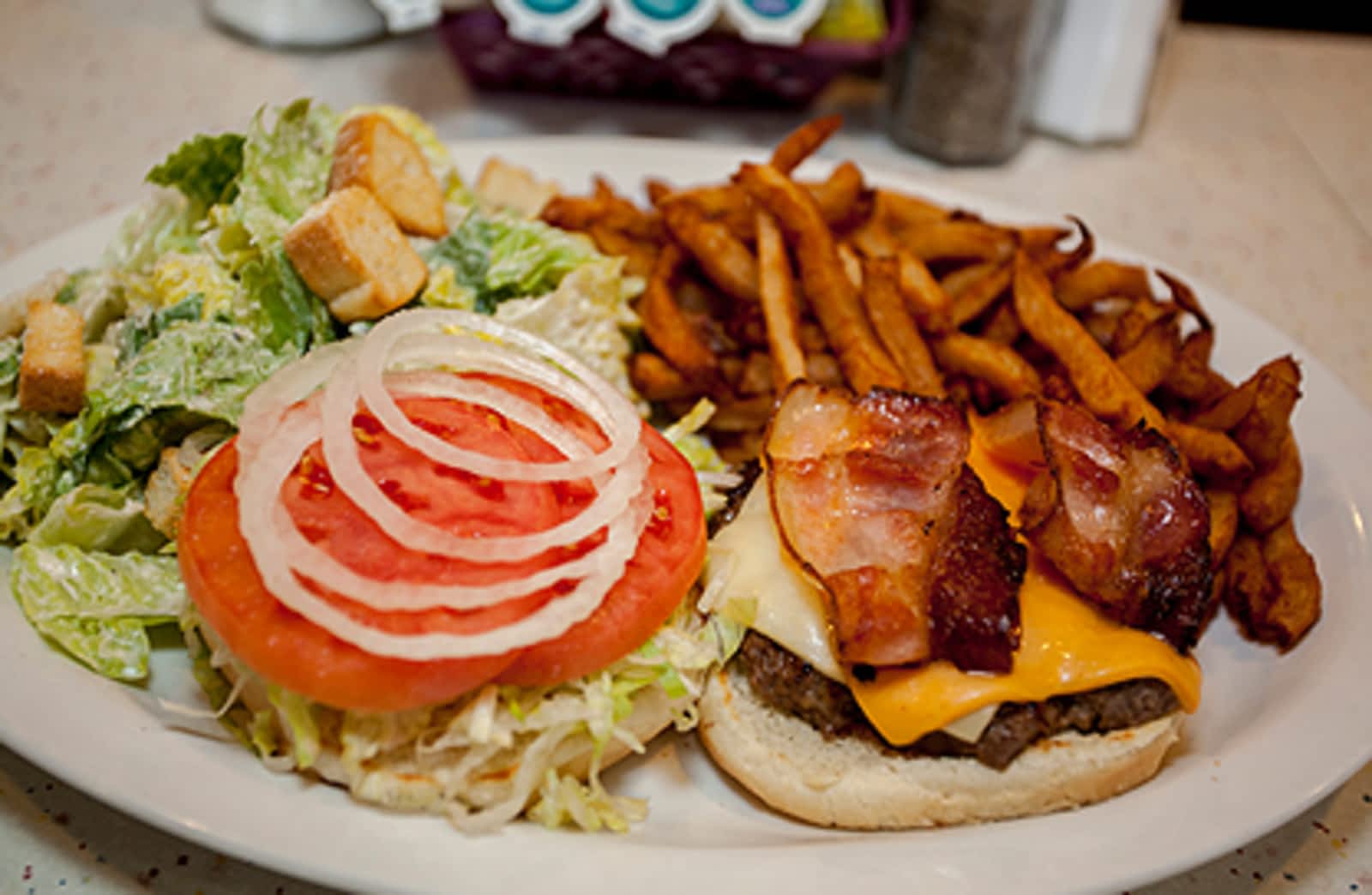 Paulo and Suzanne’s!!(www.pauloetsuzanne.com) – OH MY CHEESE!! This place is a gem for myself and my mysterious other half. I can’t tell you how many times we’ve visited this lovely, quaint, restaurant last year. They serve breakfast 24 hrs a day (Who doesn’t love breakfast!), and their basically always open. A few years ago, they were voted to of had the best poutine in Montreal..So where can you go wrong? I may be a bit bias, seen as this has become a bit of a date night spot for me (hehe), but I haven’t been let down once by this place thus far.

5- Les Habitants: Our collective love for our hockey team, runs deep…no exaggeration. When we’re up, we’re UP and when we’re down, we will not be ashamed to boo our team and there have been plenty of moments where fans have simply walked out of games too depressing to sit through. Montreal has a HUGE fan base which is deeply embedded into the fabric of our city. People have their rituals and superstitions about their team, our mother is an example of this. Do not attempt to have a conversation with her when the game is on. She pulls out a huge fleece Montreal Canadiens throw, when she watches the game and is taken away once the buzzer sounds for the end of the “60 minutes”. Whatever you do, do not risk a “casual” evening on a game night or worst yet, on a night when the Habs are playing a “local” rival like Toronto, Ottawa or Boston- you were warned… so stay clear!

6- The Construction: It’s a running joke among Montrealers, we not only have winter, spring, summer or fall- we also have construction season. As you travel around, you will notice the number of orange cones permanently fixed around the city- it has become an actual monument in this city. Our infrastructure is so outdated and has been well overdue for more than just a face lift, so for the past few years, as we update the city and bring it into modern times, blocked street signs and orange cones will remain a staple in our Montreal streets.

7- The Traffic: Along with the frustration of the constant construction, with that comes the traffic from our over packed highways. Every time, I get so unlucky to be caught up in traffic, I fully curse the city planners who laid out the plans for my lovely city. Just the other day (Jan 8th), I had the misfortune of being stuck in traffic for…brace yourself…2.5 hours! I wish I was joking…by the end of it, I was hungry, needed the toilet, nearly ran out of gas and had fully ran out of patience. All this because I had to meet a vendor just off of L’Acadie…NEVER AGAIN!!! R1 is lucky that she works in the West Island and usually mainly commutes within a 10 km radius, so traffic isn’t too much of an issue for her, but R2 isn’t so lucky. The majority of Montreal’s Universities, are centred DT. It’s a prime location, but a pain in the butt when traffic is at it’s peek. It takes me about 1 hour and 30 mins to get from my house to DT to school, and that’s including taking the metro. Some may say that this doesn’t sound too bad…but it can be, when you have to take 2 buses, one metro, to then switch metro lines…OH and don’t forget halting metro lines, just cause…I spent about 1 hr on a 20-30 min bus ride just two weeks ago. I have yet to figure out why that was, but I was extremely happy to have chosen to bring a book along (which I finished on that commute.. hehe #bookworm). It’s just funny, in a sarcastic way, how the city tries to encourage us all to use public transit, but have done very little to improve the services, encourage the drivers to be more cheerful and generally find ways to make it easier to use, efficient, and reliable.. cause y’all are slacking… and it’s infuriating.

8- Mont-Royal: Our little hill, which we call a mountain, is an emblem of our city, the cross at the top of the hill can be seen from far and wide. You can do all sorts of activities on the hill- job, walk or crawl up, there’s the lovely Beaver Lake which is gorgeous to have picnics around. Many people take wedding photographs on Mont-Royal for obvious reasons and every weekend in the summer there are “hippylike” gatherings where people get together, sing and play music. It’s got a little bit of everything for everyone; nature, scenic views, music- so whether you’re old or a hipster, the mountain will have something for you.

9- Museums: OH the museums! Every summer the museums in Montreal have deals for admission, and sometimes it’s even free for students of any age. It’s always nice to see that one’s city is trying to keep the arts alive. Art has always been subjective, as well as culture, so it’s heart-warming to think that anyone can travel DT to see some classic works, and some new.

Have you visited our unique city? Tell us what you think and share with use the things you LOVE or HATE about our city or yours.

One response to “10 things which make Montreal “unique””

This site uses Akismet to reduce spam. Learn how your comment data is processed.